It finally happened, Greg Young and Rinat Abdulin have been guesting Kyiv for almost the week.


Initially we’ve gathered on Beer && Code meeting. The format a little changed that time, but I would say that was really interesting meeting. Greg introduced one of the project he currently working on http://continuoustests.com/ that now referenced as “Mighty Moose”. “Mighty Moose” appear to be really powerful tool that tracks both code and tests changes, and in case of changes taking place it automatically re-runs all related test cases. So, we’ve grabbed the latest version on MM and played with it a bit. MM is officially in betta now and gonna to be release soon, so did a small contribution by submitting some bugs found on a fly. I also really much enjoyed the quick demonstration of Simple.Testing framework. It worth to have a separate blog post on that, but in short - it is BDD style framework that literally produce plain English specifications as it’s output. It’s indeed very simple - just several hundreds LOC’s, but very impressive.


But of cause, the main event was Free Event Centric Weekend. It is very hard to describe what was there just in this short post. You might check out some tweets on #eventcentric channel. Greg and Rinat were sharing their huge experience on CQRS/DDD and I would say that was extremely interesting. I’m not using either CQRS or DDD on my daily work, so a lot of new concept’s I’ve heard are still really unknown to me, but I’m happy I looked behind the curtain. Greg is Ri level developer - he is simply breaking the concepts. Seriously, I was blown away with some of the statements and my brain is still “damaged” with everything I heard there. 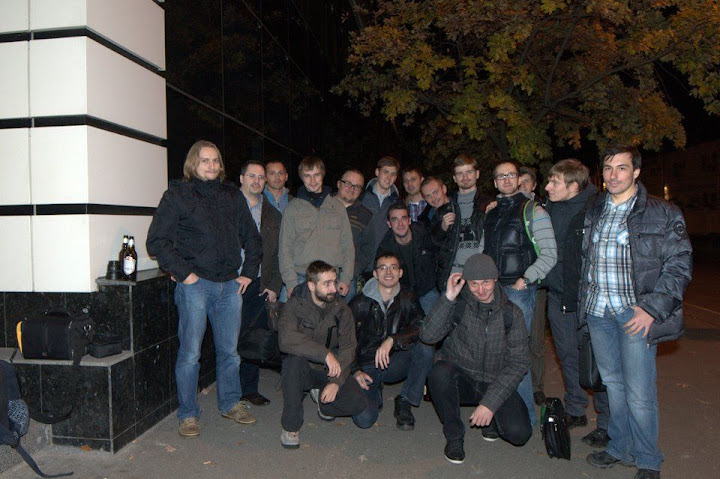 Besides of that we had several cool evenings, drinking beers. I would say that was great week and I’m really happy to meet you guys. I would also say big thanks to KievAltNet, Luxoft with support they provided to make this happen. I know this in not your last visit to Kiev, so see you soon!


ps. As more you know as more unknown you are able to see…