Company Days is a yearly event in E-conomic, then all employees gather together. It’s usually happen in the middle of September, the time than Copenhagen is especially beautiful. It’s been great week, primarily because of opportunity to meet guys whom we work very close to. Besides the developers, primarily located in Denmark and Ukraine, business and operational people from UK, Sweden, Norway, Spain, Germany etc. are also coming, so it makes very cool international environment.

This year was a little special, since we had additional fun. Our CTO had organized the hackathon. The whole day event, supposed to create some valuable hacks for E-conomic product. All developers has been spitted on pairs and extended with business representatives. I had a team of 4 people - 2 developers and 2 business guys. Started at early morning near the blackboard, it was so nice to be part of process where the value is born in such extremely short period. We finally selected the idea, which seems to be very cool in terms of business and realistic in terms of one day implementation.

It’s been a long day of developing, debugging, demonstration and changes. Our product owners were always near us, giving both valuable feedback and supplying us with coffee and Danish chocolate sweets (that worked so good to me, since I needed sugar all the time). About 22.00 we got something that looks like a demo version of feature we wanted to produce. We’ve spent near 1 hour more, to show everything to PO’s and fix some small bugs. I felt very tired at the end.

Next day at 14.00 was big time of presentations. That was the funnies part. I have to admit, there was several really great hacks. In the same time some our PO’s are so cool of selling things that they turned the presentation into real show (kind of TV market, I would say). Everybody had a great joy, especially after words like “I’ve been asking for this feature for 2 year, and those guys created it in 16 hours”. It’s a bit of irony, but a bit of true as well. I know the jury that included CEO, CTO, Head of PO’s etc., we definitely happy to see the results and some hacks will be turned into the products really soon. 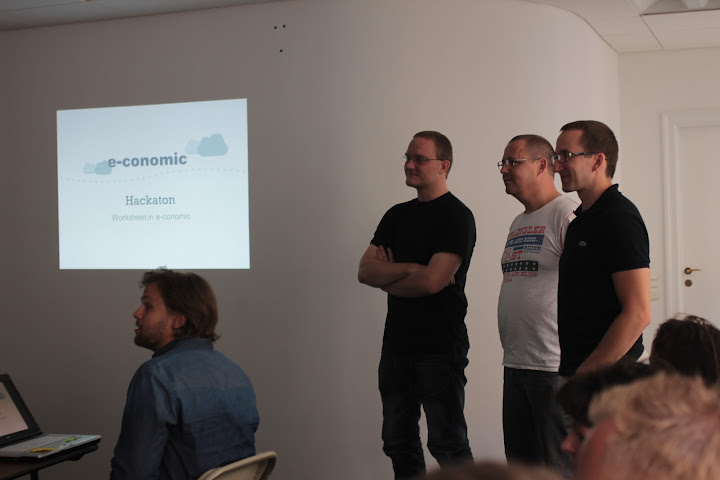 Apart from the hackathon, we had traditional speeches of CEO, Marketing people and guys from other departments. There was also a bit more activities, including jogging in which I took a part and did 8km distance. And of cause, Friday boat trip and party in restaurant. Party was so cool, that I almost missed my flight in the morning (but that’s a completely different story).

I would like to say thanks for everybody involved, I was happy to meet you guys once more.